Commemoration of the Day of Prayer and Action for Children

The Interfaith Initative to End Child Poverty (End Child Poverty) and the Global Network  of Religions for Children (GNRC), organised the 2017 Regional Youth Forum on Peacebuilding, in Sagana Kenya, from 15th – 22nd November 2017.  The forum brought together 39 youth leaders from Ethiopia, Kenya, Somalia, Tanzania and Uganda, representing various organisations and networks, including the GNRC. 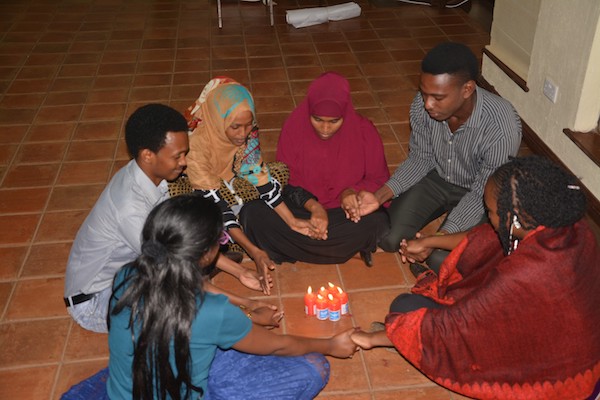 Intra-faith and Inter-faith Prayers for Children

Throughout the day, youth leaders offered and led prayers on behalf of all children, with special focus on children affected by violence, conflict, hunger and poverty; including children living as refugees, due to violent conflicts in Syria and Yemen.The youth leaders held both intra-faith prayers and inter-faith group prayers, with respect to the Muslim and Christian faith. They invited the forum session facilitators, staff of AI—N and the Director of End Child Poverty, Rev. Fred Nyabera, to take partin the prayer sessions.  The youth prayers were led by Mr. Shee Hassan (Kenya),Mr. Abdiweli Waberi (Somalia), Ms. Hawi Emmanuel (Ethiopia), Ms. Diana Alaroker (Uganda) and Mr. Fredrick Shija (Tanzania).

Observing a Fast Youth leaders observed a day of fasting during DPAC, giving this reason, “We can use the resources that we have here (in Sagana), to show our support to children on this day. But we can also sacrifice what we have, on behalf of children. We choose to give up our meals today, to show our support and for the sake of the children who are hungry, for children facing violence, for all the children who are suffering.” They combined the fasting with the prayers mentioned previously. This action was led by Mr. Hassan Mustafa (Zanzibar) and Mr. Shee Hassan (Kenya).

To represent the theme of the day and to represent hope, the youth lit candles in honour of all children. They did this together with the final session of prayers before breaking their fast. This session was led by Ms. Lelia Warioa (Kenya). 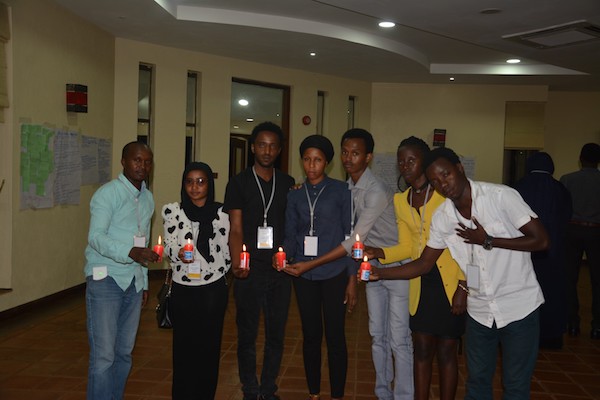 Sample of the DPAC Messages by the Youth 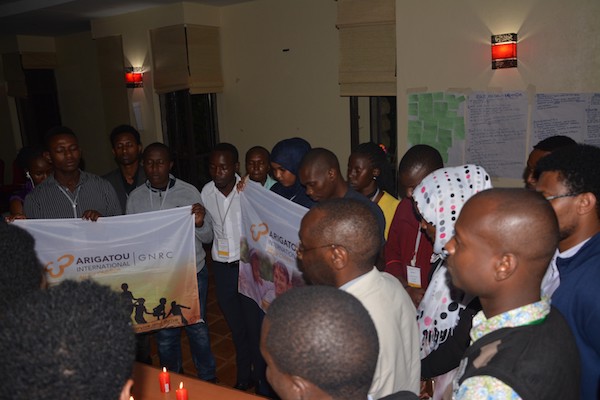 Some of these messages are included below:

Lyrics to the chorus of the song written by Peter Travis, Uganda

Poem 2: All I Needed From This World

by Diana Alaroker, Uganda, and the Youth Leaders’ team

A child,
A child is innocence,
When faced by violence,
It cannot sense,
It suffers.
A child,
A child is the future,
When vulnerable to torture, A dark cloud covers its future, A future it defines.
A child,
It depends on the adult for food, when faced by hunger
It knows no anger,
But depends on its hanger – the parent
Traditionally, the parent is the surrounding, the community, the society, the world, it needs education and a world, to give it a voice.
A child, At birth, it knows no poverty
It has a life as a property,
Life in its breathe,
Adults as its wealth,
One-seven old it feels inequality,
#WorldChildrensDay advocates for inclusivity,
On a mentality, for reality,
Let’s do preserve its longetivity.

Some DPAC Thoughts by the Youth, Posted on Social Media