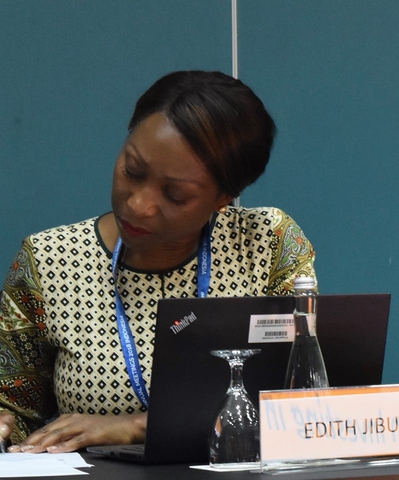 Faith Inspired actors have a historic opportunity to spearhead scaling up investing in early childhood development through the agency of human capital development. Speaking at the “Results for Children: Faith Actors High Level Advocacy Forum on Investing in Early Childhood Development,” Ms. Edith Jibounoh, Manager for Global Stakeholder Engagement at the World Bank, urged faith inspired actors to seize the opportunities offered by the Bank’s renewed focus on Human Capital Development for their own advocacy and investment in ECD.

This emphasis and urgency to grow human capital, she explained, is driven by the realization that despite “historic human development gains,” there existed “a massive deficit” as demonstrated by the pandemic of stunting for a quarter of the world’s children, a learning crisis in majority of countries, a crisis in access to health care for half of the global population and the lack of a social safety-net for four out of five people in poor countries.

“Investing in a healthy, educated and resilient population” she noted, is essential for preparing them for “more highly-skilled jobs of the future.” If these investments are made “in the early years of life and sustained through life” they provide a “strong foundation for the growth and competitiveness of nations.”

Ms. Jibunoh pointed to the “growing convergence” of shared goals and an increasing mutuality of interests and work between faith inspired actors and the World Bank. Given that great human capital is founded on a holistic and positive early childhood, she pointed to the numerous opportunities the renewed emphasis provides for faith inspired actors to collaborate with the Bank.

In particular she pointed to the new Human Development Capital Index (HDCI) the Banks’ new global tool that ranks countries on their achievement against outcomes for nutrition, health, education, jobs and skills for their populations. Child survival provides a key metric for this index.

The Human Capital Project, she said “is an ambitious effort to accelerate more and better investments in people” that provides numerous opportunities for stakeholders to collaborate with the bank as “Human Capital Champions.”

Faith inspired actors and institutions provide natural allies in this effort, and would make ideal partners to advance the goals of the project. In respect of this, she challenged the Moral Imperative to work to build momentum around the new Human Capital Index, to seek strategic collaboration with the bank, to identify a programme of work for the Human Capital Programme on focus countries and articulate a “Program of Action to the 2020 anniversary of the launch of the Moral Imperative.”

The event, took place on the sidelines of the Annual Meetings of the World Bank and IMF in Bali Indonesia, and was co-organized by Arigatou International and the Moral Imperative to End Extreme Poverty as high value advocacy forum for faith actors working to eradicate childhood adversity.