Investing in Children: Experiences and Challenges from Indonesia 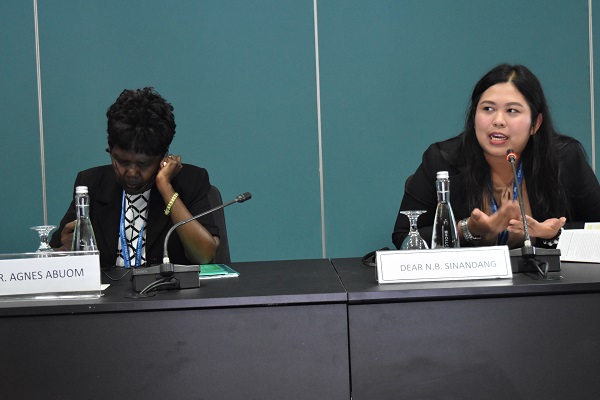 Speaking during the “Results for Children: High-Level Advocacy Forum on Investing in Early Childhood Development,” Ms. Dear Sinadang of the Humanitarian Forum Indonesia and the Joint Learning Initiative of Faith and Local Communities, said that religious institutions in Indonesia play a significant role in early childhood development.

Ms. Sinadang stressed the need to twine early childhood development interventions and outcomes for families as “early childhood development very much depends on the family’s wellbeing.” Interventions, she advised, should be holistic and “focus on the wellbeing of family or care giver with support for education, livelihood, health, and mental or spiritual well-being.”

“Speak out for the protection of children and for better practices”

Interventions for early childhood development should also take a multi-stakeholder approach including faith actors, noting that “faith actors’ grounding in local communities allows them to build the community’s trust in and ownership of child protection mechanisms.” Faith actors, she said, also “help to build bridges among faiths, among government actors and other organisations, and with the host community” which is crucial for the success of the intervention.”

Ms. Sinadang called for greater awareness “of the embeddedness of religion in social, cultural, political and economic life” in constructing faith partnerships for Early Childhood Development and for capacity strengthening which, she noted, “is beneficial to local faith actors so that they can protect children.”

Given the vulnerability of children to exploitation and abuse, faith actors should listen to their core beliefs and “speak out for the protection of children and for better practices, especially among people of the same faith,” she concluded.

This High-Level Advocacy Forum was held during the Annual Meetings of the World Bank and IMF, in Bali, Indonesia, on 10th October 2018.