Is Radicalisation Good or Bad? 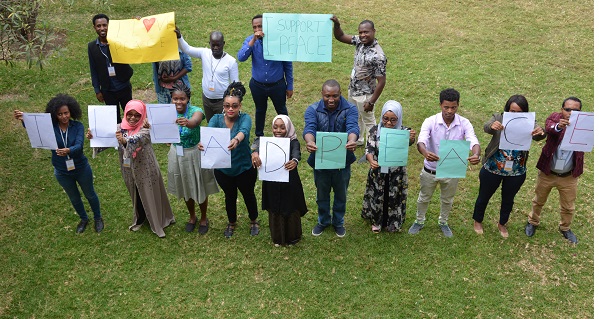 Understanding the narratives and counter narratives to violent extremism dominated the better part of the discussions during the 2018 Youth In Action, the 3rd Regional Youth Forum on Peacebuilding held from 3rd to 8th September 2018 in Machakos County, Kenya.

Mr. Michael Adikwu, a Peace and Development worker facilitating sessions during the forum, debunked the radicalisation ideology saying that it is first important to build our own youth identities.

Mr. Adikwu  further encouraged the youth leaders to reflect on their identities and the identities of those who commit violent extremist acts,  and see what they can learn regarding the role of personal and community identitied in preventing violent extremism. 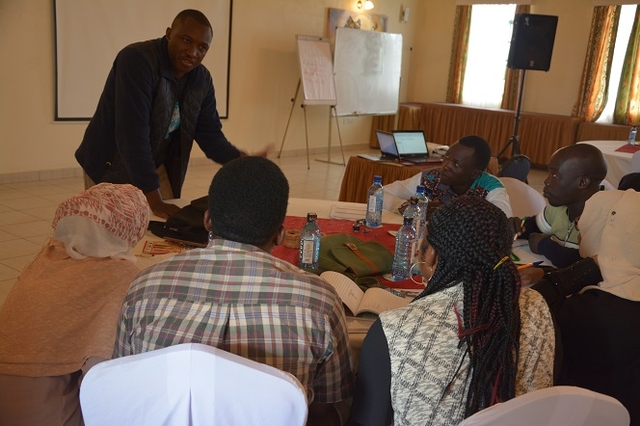 Speaking as a Christian scholar, Ms. Nyambura Mundia, a Gender and Peace expert, argued that radicalisation was dependant on the period when an idea was preached. She stated, “It is difficult for a single situation to push an individual to adopt violent extremism. It is rather a series of events and situations that pushes an individual towards adopting violent extremism narratives.”

As a seasoned Muslim scholar, Shk. Ramadhan Aula, Director of the Centre for Sustainable Conflict Resolution (CSCR, told the youth that violent extremists use an ‘US’ vs. ‘THEM’ narrative to advance their ill concieved agenda. He noted that such extremists justify their narratives by misusing religious concepts and scriptures. “When they (violent extremists) want to recruit you, they use the ‘Divide and Rule’ principle to radicalise you,” said Shk. Aula.