Representatives from all Arigatou International’s Initiatives, selected faith–inspired groups, development organizations, civil society organizations, United Nations Agencies, Educators and multi-lateral organizations meeting in Moratuwa, Sri Lanka committed to engaging in more pragmatic action to end child poverty.  This was emphasized in a pledge read out by their representatives during the launch of the End Child Poverty Knowledge Centre by Arigatou International’s – Interfaith Initiative to End Child Poverty (End Child Poverty). The centre that is situated at the Sarvodaya Shramadana Movement Head Quarters will be a global knowledge hub for the eradication of child poverty.

The resolve coming at the culmination of a roundtable consultation on ending child poverty also coincided with the International Day for the Eradication of Poverty. In his address during the launch event, the End Child Poverty Director, Rev. Fred Nyabera, emphasized that it was necessary to recapture the voice and dignity of children, and empower the most vulnerable in our societies

The statement arising from the meeting made the following pledge to children globally; 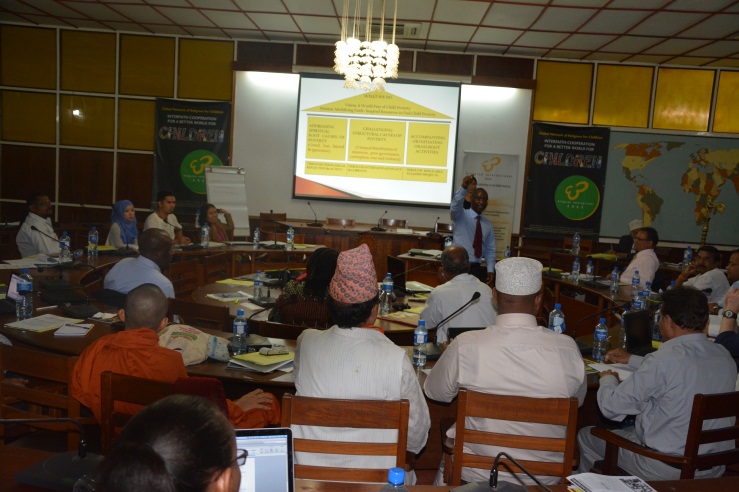 Quoting Mahatma Gandhi’s mantra ‘poverty is the worst form of violence’, Dr. Vinya Ariyaratne the General Secretary of Sarvodaya Shramadana Movement, urged the leaders, organizational representatives, children  and guests  gathered at the launch that, ‘We will change the world by transforming ourselves.’ Similarly, Adam Taylor, Lead of the World Bank’s Faith Based Initiative-Global Engagement, had earlier told participants of the roundtable that very strong partnerships were required to achieve goals set out in the pledge.

End Child Poverty aims to mobilize faith inspired resources to eradicate child poverty, by addressing the spiritual root causes as well as structural causes of poverty. This was affirmed by Rev. Keishi Miyamoto, President of Arigatou International, through his message in which he stated, ‘we (express) our commitment to mobilize faith-based resources to end child poverty, to challenge the unequal distribution of resources, war and violence, poor governance and corruption, and to utilize interfaith advocacy and grassroots action to overcome poverty.’

Prof. Abdulghafur El-Busaidy, the Chairperson of Arigatou International – Nairobi, in his remarks during the roundtable also stated that

“it is unlikely that governments alone, even while acting through bilateral and multilateral arrangements, can match the mission of the broad-based effort that is required to eradicate poverty. Any effort to stamp out poverty must result in a broad coalition between governments, multilateral organizations, civil society and faith-inspired organizations.”

Individually, jointly and in their plurality, Faith Communities have a long history of action for sustainable development and often deliver a multiplicity of services to individuals and communities blighted by poverty, conflict, humanitarian and natural disaster. 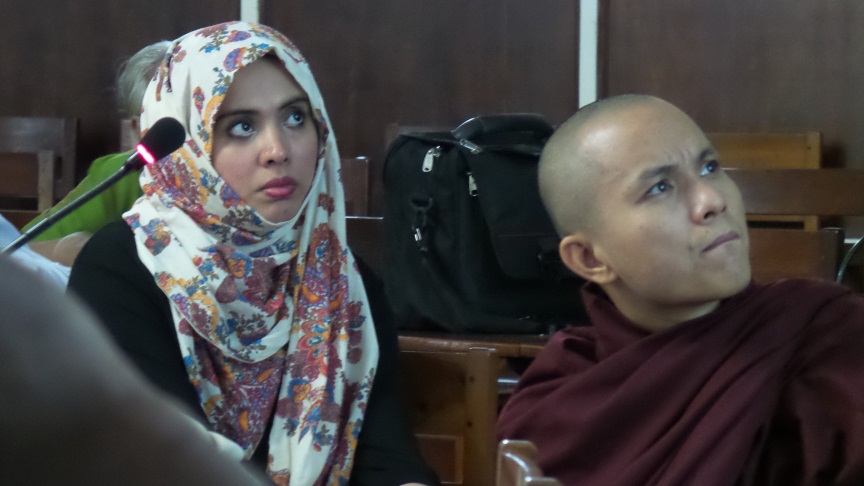 In many places around the world children still live in despair and neglect. This is reflected in budgetary allocations in public institutions, lack of priorities in service delivery and many other areas which affect children. Rev. Nicta Lubaale the Chairperson on the African Interfaith Initiative on Post 2015 Development Agenda, presented to the roundtable participants that faith-inspired movements could bring immense value to society when they acted in a sincere and practical manner. He also emphasized the use of statistics and data to inform action.

“As a faith movement we have a moral obligation to protect children and young people. Our commitment and persuasion to correct this state of affairs must be clear.  We must complement positive action by our governments and other non-Governmental organizations where we operate. The challenges we face are weighty and require that we look outwards and develop creative linkages with each other.”

The UNICEF South Sudan Child Protection Officer, Ms. Fatuma Ibrahim,  told the participants that children experienced poverty with their hearts, with their hands and minds. Sharing examples from the experiences of former child soldiers, she stated that though children affected by war could not regain their childhood, they however may be helped to fit back into society. She thus challenged the faith communities to educate donor agencies and call for  broad-based and holistic programs in their development agenda, noting that often these agencies did not factor in the whole spectrum of development and rehabilitation needs. She suggested more engagement with donors to ensure that issues including the role of  family in development  and  values are engineered into social programs.

Fredrick Glad-Gjernes, International Director of Y-Global called for radical action. He encouraged organizations represented in the plenary to be bold and confident in their advocacy. He stated that radical and innovative ideas by the religious communities had a lot to offer on current issues like justice or care for the environment.He argued there was a need to distinguish and separate being radical  from violence and violent extremism.

Dr. Kezevino Aram, Director of Shanti Ashram, challenged the religious leaders and other stakeholders present to change their approach from “working for children” to “working with children”. 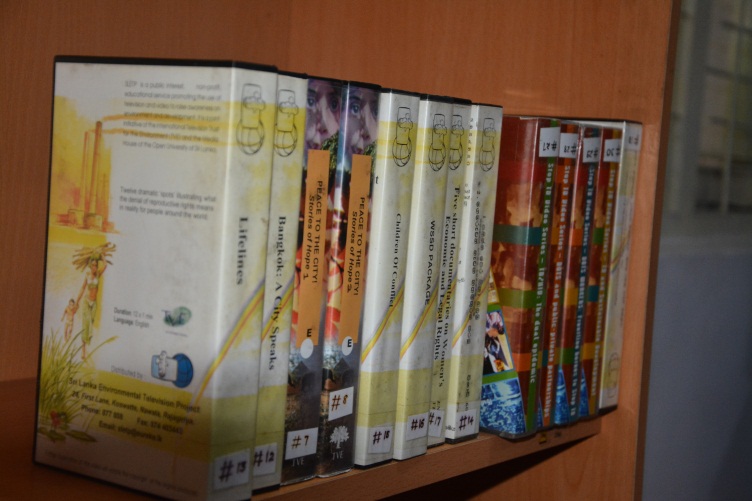 The Knowledge Centre hosted by the Sarvodaya Movement will serve as a knowledge repository, pulling together what is known about ending child poverty and enhancing the work of end child poverty practitioners globally. Once in full operation it will provide:

– A platform for sharing and learning on child poverty eradication;

Speaking at the launch ceremony marked by colorful dances and thought provoking drama by children, the chief guest from UNICEF – Sri Lanka, Dr. Indra Tudawe, noted that poverty deprives children of their fundamental right. ‘I emphasize the need for a joint effort and an integrated approach since child poverty is a complex and multidimensional phenomenon that requires the close and simultaneous involvement of many actors to address it.’, she said.

In his remarks, the Global Network of Religions for Children Secretary General, Dr. Mustafa Ali stated, ‘Not all that counts can be counted; we have never captured the smiles which the children give us. There are things including our spirituality that count, but don’t get counted. I hope that the knowledge center will inform and capture the things that count.’