Uncounted poor children in poverty measurement and monitoring: Who are they? 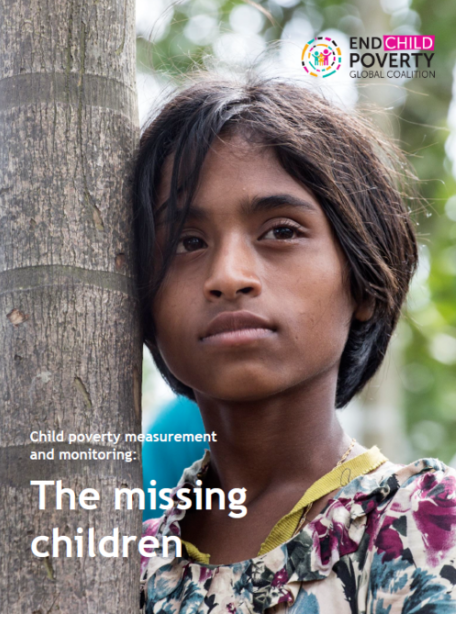 While these household surveys are a massive leap forward in terms of providing reliable monetary and multidimensional poverty estimates, they may underestimate the magnitude of child poverty. However, certain groups of children, often the poorest or those vulnerable to poverty and deprivation, may in fact be missed out by such surveys –or their poverty situation not captured sufficiently in the survey analysis. These groups of children missing from monetary and multidimensional poverty estimates are extremely diverse, as outlined below.
Poor children who are not living in households: Household surveys are designed to do exactly that –to capture information on households, as well as certain indicators which are captured at the level of individual household members (for example, education and nutrition status) –and for these reasons they understandably do not provide information on poor children who do not live in households. The first group of children potentially missing from poverty data therefore consists of children who are not counted because they do not live in household settings, and these include, among others: children living in child care institutions; children in detention; trafficked children; unaccompanied refugee/migrant children; and children living in street situations.
However, for many of these groups, such as children living in street situations or unaccompanied migrant children, it cannot be automatically assumed that they are not captured in household surveys. For example, some children in street situations may spend most of their day on the street but return on a regular basis to a household setting and may be included as members of households during household survey data collection. Likewise, it cannot be automatically assumed that all these children are living in poverty, but for most of these groups outlined above the assumption is that their marginal situation renders them vulnerable to poverty.
Poor children living in households –but households not included in sample frames/ data collection: Household survey sample frames commonly depend on national census sampling frames, which are usually updated every 10 years or so. In some countries, census sample frames can be outdated and may not keep up with mobile as well as rapidly urbanizing populations. Certain groups of poor children living in households may not be included in sample frames for household surveys. These include, among others: children in certain conflict zones where there is a high risk to enumerators to collect data or difficulty accessing certain areas; forcibly displaced populations living in areas that are not captured in infrequently updated household survey sampling frames; and children in unregistered dwellings (for example, squatter settlements, as it can be challenging to develop reliable sample frames for slums/unregistered dwellings).
Poor children living in households – but their situation is not adequately captured in data collection or reflected in the analysis: Most children worldwide live in households, pointing to the need to continuously improve on household survey design to capture the situation of children living in poverty. Household surveys have come a long way in that regard, and their design is progressively being improved to provide richer information on households and individuals living in households. However, there are groups of poor and vulnerable children who live in households but are not adequately reflected in survey analysis and poverty estimates.
This may be due to their status/characteristics not being adequately captured for various reasons –for example, the survey questions do not capture their individual-level status, or the analysis does not adequately shed light on their situation. This could include, for example, domestic child workers who are deprived in various dimensions, whereas the household-level analysis does not show this, or orphaned children who may have been adopted into wealthier families but do not receive the same access to services and opportunities as other family members, it could include children with disabilities who are not listed as members of the households for various reasons (for example, stigma), and so forth.
Read full from the Global Coalition to End Child Poverty
BACK TO NEWS/BLOG